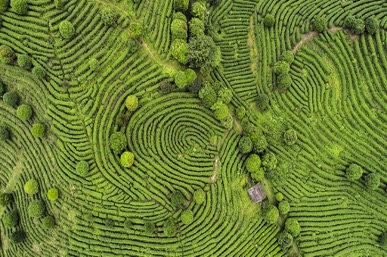 How will we solve the infrastructure problems of the following decades, whose solutions must be conceived from sustainability?

There is the most common route: Guide development from the assumption that there are expert groups with the knowledge to solve them, a very common practice made by developed into underdeveloped countries after the Second World War. In this way, funds from different nations were received by international institutions such as the World Bank and the Monetary Fund, which in turn created and managed projects aimed to improve the quality of life in urban centers. This was done through a top-down vertical approach. Paradoxically, there were sufficient funds to invest in the well-being of different communities. However, the solutions were rigid, reductionist and responded to the economic growth of several industries such as cement, steel, copper, and other metals, but not always to the needs of consumers. Generally, these solutions were unique to problems with various nuances, costly, and out of context. A classic example of them was building houses, parks, and transportation hubs for communities on the periphery of cities and around them constructing bridges and infrastructure that weren’t necessary. From the contemporary point of view, this development path is not very friendly to the environment nor inclusive, since on the one hand we consume resources and destroy ecosystems to build on them; on the other, we assume that we are certain of the plan, by not asking the members of a group how they wanted to direct their well-being and future.

What happened before the construction of civilizations that formed large urban centers? What happened to those indigenous communities that decided not to join this plan around the world? Certainly, these groups have historically explored solutions for their subsistence through a less explored path based on traditional ecological knowledge (TEK). Julia Watson presents one of the best compendia of this type of solutions in her book “Lo-Tek, Design by Radical Indigenism”, a design movement that wishes to reconstruct the understanding of indigenous philosophy and vernacular architecture that generates sustainable climate-resilient infrastructures. In most explored, we can find answers to current civilizations problems in terms of access, use of resources and a path to coexist cooperatively in community and harmony with the surrounding ecosystem. The fundamental difference of these technologies compared to those that we have used in recent centuries (mostly the western culture) to build urban centers is the relationship with nature: Indigenous groups decided, over millennia in many cases, to work together with whereas the modern world tried to conquer it. Unfortunately, the second approach has not been a good long-term development strategy.

The technologies exposed by this new movement have a close relationship with biomimicry and sustainable solutions through the following characteristics:

In general, many of the technologies in these communities are supported by culturally keystone species, which are in turn part of their mythology, thus recognizing the complex interactions within the ecosystems where humans are included. These organisms are revered and respected, as well as are the interactions they generate with their surroundings. From there it follows that sustainability is rooted in their spirituality and therefore dwell at the center of their beliefs.

Finally, the island of Java provides us with innovations for wetland ecosystems enabling food production. The system is spatially and temporally arranged for the growth of rice and fish. There are four types of ponds that facilitate different periods of fish development. In the first, males and females are allowed to interact to fertilize the eggs and generate new offspring. These are moved to a second where new individuals can be spawned. During their growth period they are taken to the third location where the newborns are allowed to mature. Finally, in the fourth stage the fish are kept for sale to members of the community. Rice plants grow in each of them, which along with the nutrients from fish debris create an optimal place for growth. In the same way, they generate an ecosystem with other organisms such as worms, zooplankton and even ducks, which are attracted to insects, in turn gathered to rice plants. Sometimes organic fertilizers and compost are added to enrich them. Different species of fish and varieties of rice can be cultivated in the system, which makes them efficient polycultures.

The design also includes a dike and a peripheral canal that allows water and nutrient management by the farmer. The advantages of the system are more fertile soils, higher productivity in fish and rice, in addition to a reduction in the use of pesticides by 68% (Watson, J 2020). This system offers an alternative for communities dependent on traditional rice cultivation which are vulnerable to flooding, reducing poverty and increasing food security in tropical areas with vast areas of irrigated rice fields. It is imperative to seek alternatives to industrial aquaculture and agriculture towards a sustainable model for the following decades and for the good of the many. 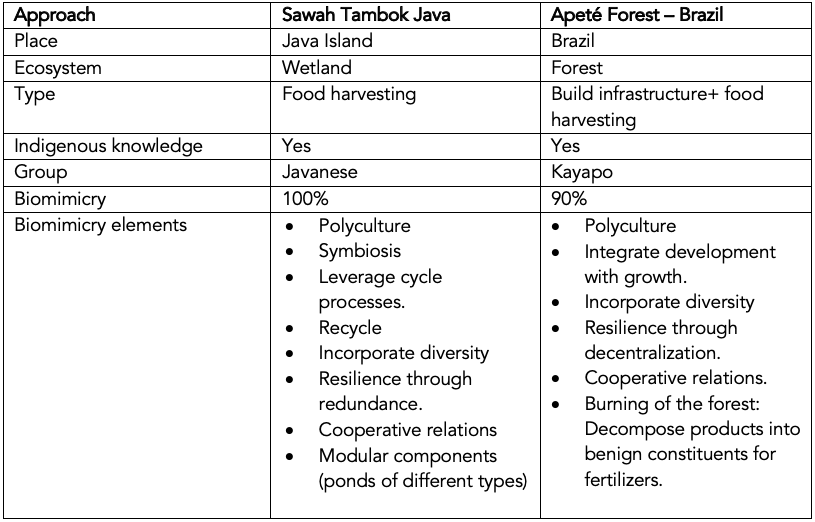