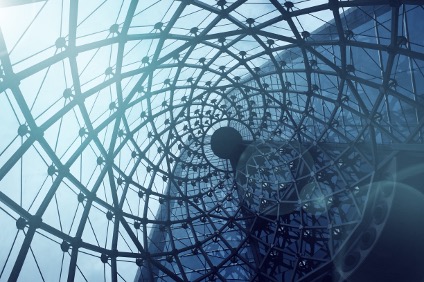 The following group of blogs develops the history of materials and structures and reveals how nature could give as thorough insights on how to manufacture products for the coming decades. Every industry should transition towards sustainability in order to tackle complex issues such as climate change, pollution and soil erosion among others if we wish to preserve our planet.

2. The structures of nature | A pathway to sustainability

What makes nature different from our built environment in terms of materials, buildings and structures? One of the best summaries that address this question is perhaps the document ISO 18457 (International Standard Organization) called “Biomimetics, biomimetic materials structures and components” which stresses some of the unique features of nature’s structures:

Another relevant difference is related to temperatures and pressures required to build structures. Generally, nature produces or decompose its structures in a range of temperature and pressures that are similar with their surroundings so called ambient conditions. In contrast, human’s designed products, processes and system often needs higher or lower pressures and temperatures, expending larger amounts of energy. And finally, a salient feature of nature is that it doesn’t produce any waste as compared with human designs thanks to some extent to the fact that their structures are inherently biodegradable or decomposable.

Living organisms have been tested over long time periods (thousands, millions, or billions of years) thanks to changing evolutionary pressures or conditions through time. They have generated solutions that require optimal or minimum amounts of material and energy for their formation. This is an underlying principle that should be used to allow sustainable design to be emulated in manufacturing. Biological systems are adapted to their surroundings which in terms of human design entails the incorporation of contextual features. That is, the functional adaptation is affected by the external environment( Katiyar et al, 2021) The strategies and mechanisms through which living beings interact with their surroundings can also be telling in designing the relations between a manufacture and the context in which it lies. So, for example an aerodynamic wing of an airplane inspired by a bird that flies at high altitudes is not only the product of the emulation of the wing form, nor the use of same materials. It is also relevant that the combination of materials, macro and micro structural features generates an interaction between the surroundings and the structure which emulates that of the organism with air, thus generating a highly similar fluid profile.

Let’s look at some relevant examples. Ceramics found in nature, especially in organisms under the sea utilize less energy and are formed at mild temperatures and pressures. Conversely, our craftwork produced with this kind of materials requires temperatures above 1400º C for formation and densification as well as higher pressures in some industrial processes. Think now about the use of chemical elements in nature in comparison with the built environment. Arthropods, one of the most successful group of organisms found in nature (i.e. spiders and insects), owe part of its success to an outer strong skeleton that is made up of chitin, which in turn is composed of the elements mentioned above (carbon, hydrogen, oxygen and nitrogen). This composite has allowed these organisms to colonize a vast diversity of ecosystems, equipping them with a strong and robust structure. In contrast, for us to build strong and tough structures for our infrastructure, cities and towns and we have relied on iron, steel, and different combination of metal alloys, with the additional adverse effect of using energy intensive process. The final example illustrates the concept of adaptability. All organisms from simple to complex regulate their internal temperature and thus adapt to their environment through different mechanisms that can either use a liquid, solid or gas media or rather employ modified structures for heat exchange such as fins. In contrast, our buildings must rely on intensive process and expensive fluids to keep temperature at acceptable levels. Additionally, these systems are still rigid and require some time (long delay) to adapt to changing environments.

So, what are the industries doing right now to emulate nature in the way they build structures? An important bottom-up method called additive manufacturing has been progressively used in some sectors. Unlike moulding, casting or substrative processes (cutting) this methodology resembles nature through adding material in different layers, becoming more complex as the construction proceeds. The layer-by-layer technique construct objects by starting small and increasing its scale. This has been the case of a study that investigate the mechanical and chemical properties of the porcupine quill (Tee et al, 2021) to create bioinspired structures using biomimicry 3D printing, thanks to its unique strength and excellent energy absorption properties while being lightweight. It demonstrates that this structure could be emulated to build resilient structures. On the other hand, another growing trend is the use of a concept called “multifunctional step -up mimetics”, where building blocks that make up a building can be inspired by crystal structures to achieve higher strength and achieving the shape of a natural object. One of the most salient features of this approach is that through this slow process, materials can grow, self-assemble and adapt to the surrounding environment rather than being “specifically designed and restricted as engineered materials” (Katiyar et al, 2021).

The transition towards sustainable materials is underway and for sure, nature has a lot to teach us in how to perform this transformation. Biomimicry has the enormous potential to guide this journey.